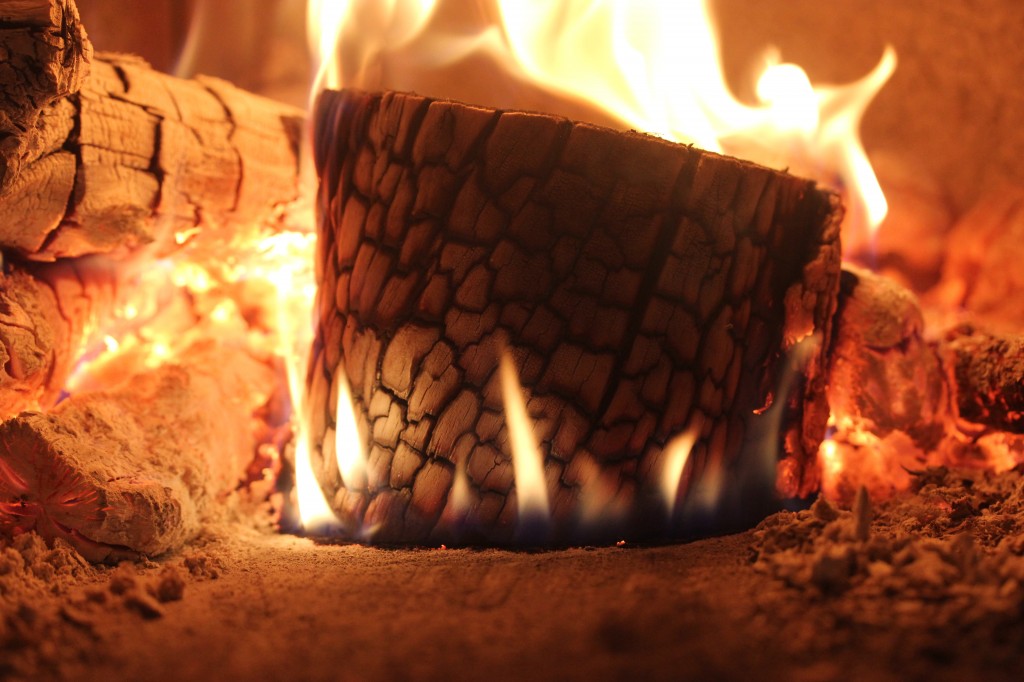 That’s shot of our pizza oven upstate. It’s a wood oven that we fire up a few times a month. For pizza[ but we do other thing, too]. The facts about pizza are pretty hot. That cooking surface has to be at least 800 degrees. If you visit the home of pizza, Naples, the great pizza places there have gigantic wood ovens that have surface temperatures up to 1200 degrees. A pizza in that heat is done in 90 seconds.

Now, we’ve been experimenting, and in our smaller oven I can get our surface temperature up to 1000 degrees. How do I know? I have this infrared thermometer that belongs in a James Bond film. It even has a laser pointer. I was checking that out and telling Suzen that she seemed a bit cold. Somehow she saw the reflection of her forehead in the window and noticed the red laser spot bulleted there. Words were exchanged. The laser was moved. I did not mean it as a hostile act.

Anyway, at 1000 degrees, we can knock off a pizza every 2 to 2 1/2 minutes. The cooking time necessarily varies with dough thickness, the dough moisture content, and how much cheese and other goodies are on top.

It’s what is underneath the pizza that has concerned us. Before putting a pizza on those very hot tiles, we want them cleaned. We have a copper brush on a long handle that I can poke in to do a basic clearing. At 1000 degrees, your arm is not going inside that oven. But we found that no matter how much we brushed, there was still some residue left on the surface. Residue that we did not want. And it tends to integrate into the wet pizza dough placed on it.

It has been recommended that you wet a dish towel, put it on the end of the brush, and swab the area down before cooking. That accomplishes two things. First, it does clean the area, but a lot of heat is absorbed by that dish towel. You can drop that surface temperature by 100 degrees if you are not careful, and we need it kept hot for 15-20 minutes as we knock out 8-12 pizzas. Second, that dish towel is toast after doing this. Literally.

I found the perfect solution. One paper towel, modestly wet, is draped over the brush. I stick in in and sweep away the ash. It’s much lighter than a wet dish towel. The water in the towel is quickly converted to steam which tries to rise and actually pushes up on the towel and the brush. There’s a little lifting motion there that is actually kinda fun to play with.

And, there is now no destroyed dish towel. When I’m done, I just flick the paper towel off to the side. The water continues to evaporate and in a few second the towel ignites and disappears.

If you have your own wood oven, give this technique a try. Pizza is definitely better with no bottom ash. You can ask them about it in Naples.