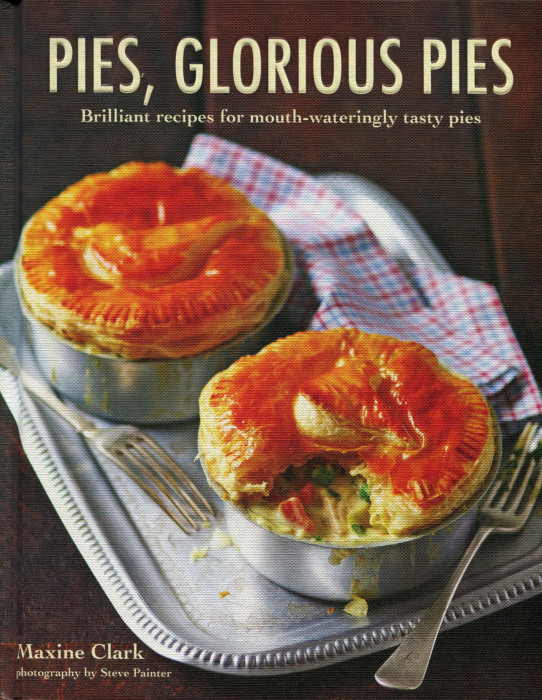 This post was supposed to come out last summer when Suzi and I were in Maine. We are in NYC this weekend before the 4th of July and contemplating, what else, pie.

It’s American-as-all-get-out to think of “pie” as sweet and dessert. And while I would never question the sense of all that — except perhaps that sometimes meals just ought to start with dessert if that pie is warm out of the oven — there is another aspect to pie that we neglect far too much. You can have pie for a main course, too, and then add that apple or blueberry pie at the end for a complete pie dinner, a full circle of crust.

Pies, Glorious Pies is an encompassing book. The introduction includes step-by-step instruction for multiple pastry recipes, with the text matched to sequences of photographs gracefully guiding you to pie success. There are absolutely seductive photos for each recipe, which makes it impossible to breeze through this book. You just stop and look and ask yourself: “Can I make that?” The answer is decidedly “yes” because the book written so strategically.