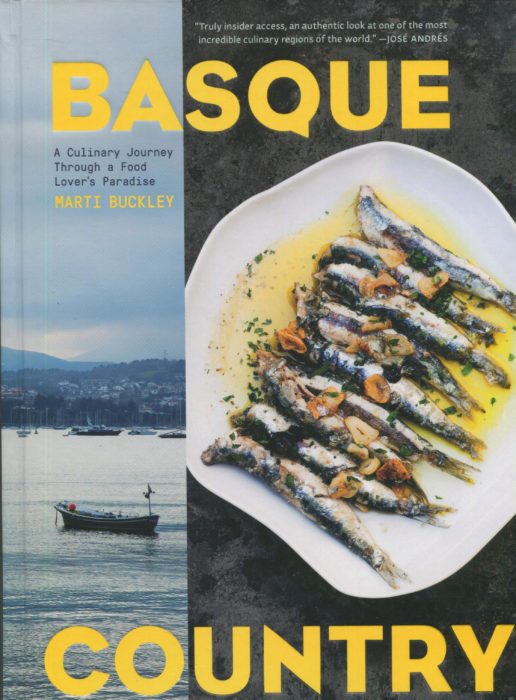 Marti Buckley has made one of the most lovely life transitions possible. She is from Alabama, no dispersions there, but now has lived for eight years in the Spanish culinary capital of San Sebastián. That city of food is located in Basque country, a land that spans northeast Spain and southwest France. Three million people live there, many now who have migrated from other parts of Spain or France. But the natives, those original Basques, maintain a culture that is distinctive. In, fact, unique.

Basque country is mountainous and mysterious. The language is not related to Spanish or French. In fact, it is not Indo-European. That’s the first hint that this land is different.

Besides the mountains, there are rolling hills, agricultural fields, and shorelines on the Bay of Biscay. The Basques have formed a culture, and a food style, that integrates game, vegetables, and seafood. The food is “simple” but this book points out that simple is not necessarily easy. There is an elegance on display here, in a beautifully photographed book, that must captivate your heart and soul.

There are six chapters:

Pintxos? Don’t call them tapas. A Basque would be offended. But, they are tapas-like: small dishes, bite-sized, and often composed of multiple pieces. The name comes from the verb pinchar, “to pierce.” Here is the prototype: Anchovy, Pepper, and Olive Skewer: 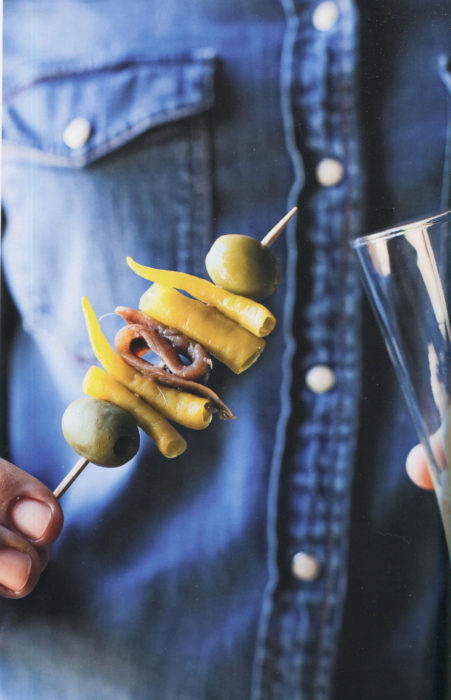 Piquillo peppers are popular in the US now but their styling, ad taste, in Basque country is superior: 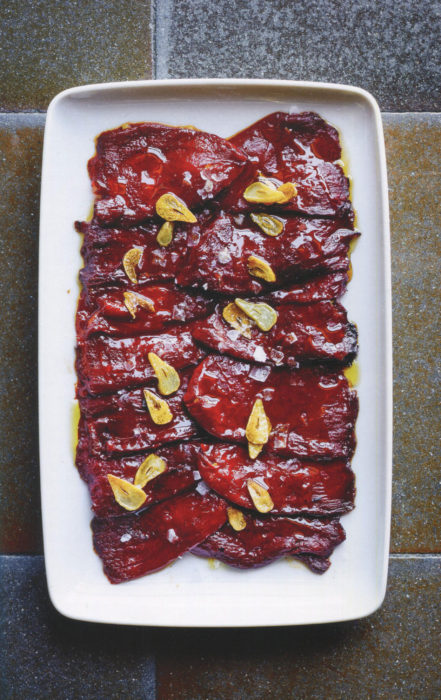 A simple combination of peppers and tomatoes can form an amazing main dish, delightful to eye and palette, this Tomato Pepper Stew: 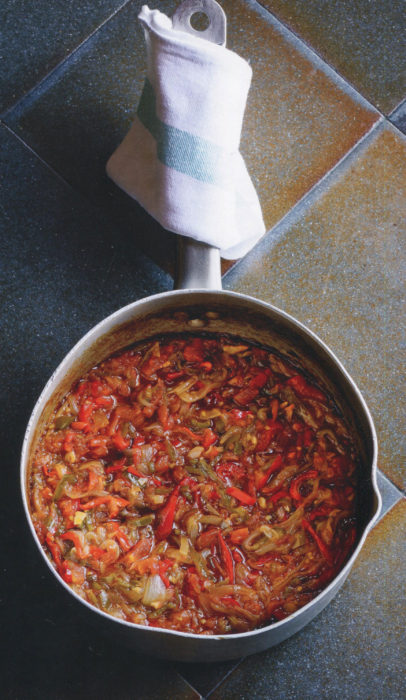 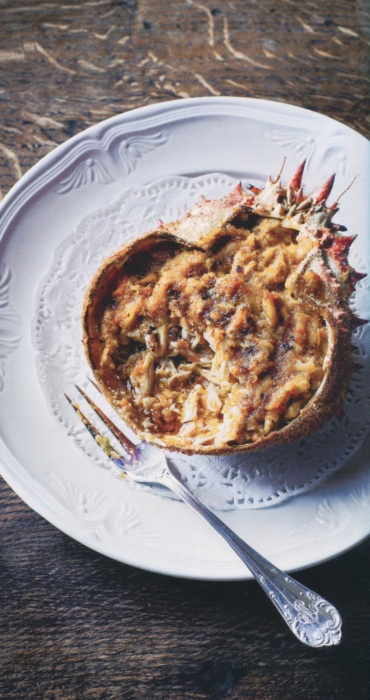 Do you want a “simple” but overpowering dessert? Then you might enjoy the Caramelized Custard Bread. 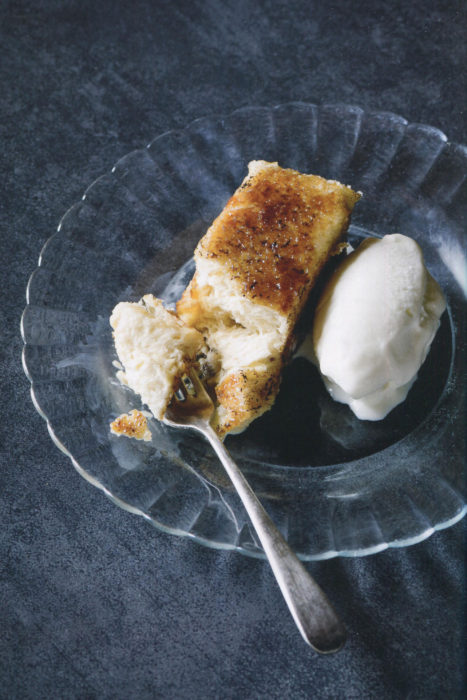 Simplicity and beauty dominate the dishes in this book. The colors are deep, the flavors deeper. The small Basque area of Spain and France has more Michelin stars than any other region in the world. The classic dishes of the home are on display in the book and you will develop a sense of the culinary foundations underpinning food centers like San Sebastián.

This is far more than very good food. This is great food. One of the oldest cuisines in Europe from an ethnic group that dates back to over 5000 BC. They were among the first peoples to ever populate Europe. So, some of these recipes may be the oldest you have ever tried. They will all be among the best.

Love these pictures? Yes, I’ll follow up with a couple of the actual recipes in the next few weeks. Start looking for a good supply of peppers. You will need them.