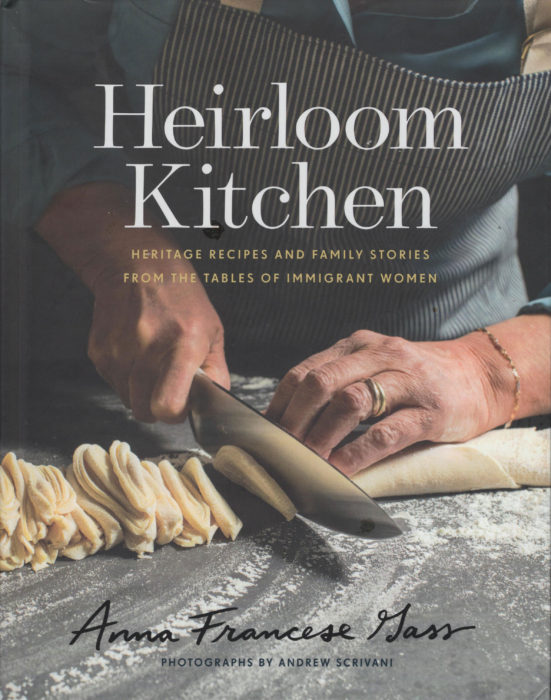 Heirloom Kitchen author Anna Francese Gass is herself an immigrant to this country. Born in Italy, she has fashioned a strong culinary career here, including graduating from the French Culinary Institute.

This book really began when she realized that she did not know how to make her mother’s meatballs. She documented that treasure and, in the process, realized that other immigrant women might have the same journey in front of them: how to retain their culinary heritage. And, even better, how to share that heritage as part of the American food landscape.

In Heirloom Kitchen, you will find 100 recipes from 45 immigrant women, along with their personal stories. There are almost 200 photographs to give you the brilliant inspiration that you just might need to venture into one of these recipes. Have you ever eaten rabbit? How can you not be tempted by her Sardinian Rabbit with garlic, bay, white wine, vinegar and capers? 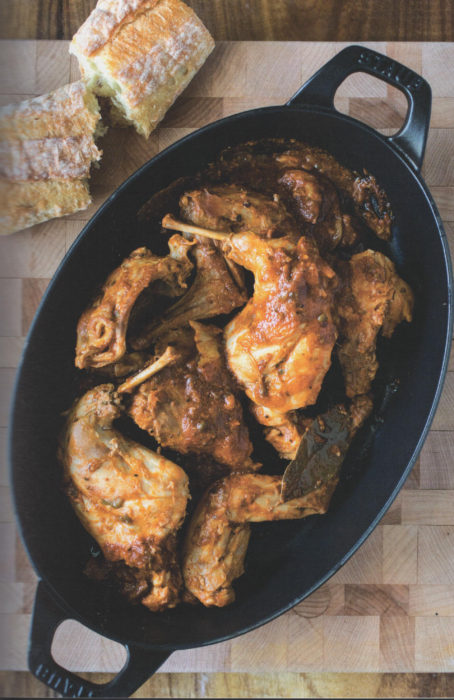 You’ll find the recipe here in today’s recipe post: Sardinian Rabbit. Do give it a try. You will be delighted.

The recipes in Heirloom Kitchen are organized by continent and then by country. The world is fully covered with sections devoted to:

And the treats awaiting you? Here’s a baker’s dozen of ideas that I find irresistible — although I have to admit that Sardinian Rabbit is my favorite:

Heirloom Kitchen is a beautifully and thoughtfully presented book. The writing is precise and clear. You won’t have any trouble doing any of these recipes at all. Some, it is true, might take a little shopping for an ingredient or two but that is just part of your world tour here.

I know initially it may be hard to get beyond that first section devoted to the familiar and comfortable European recipes. Escape that comfort zone and explore the rest of the world. You’ll be most satisfied.

But, but, if were you, I’d start with that Sardinian Rabbit.