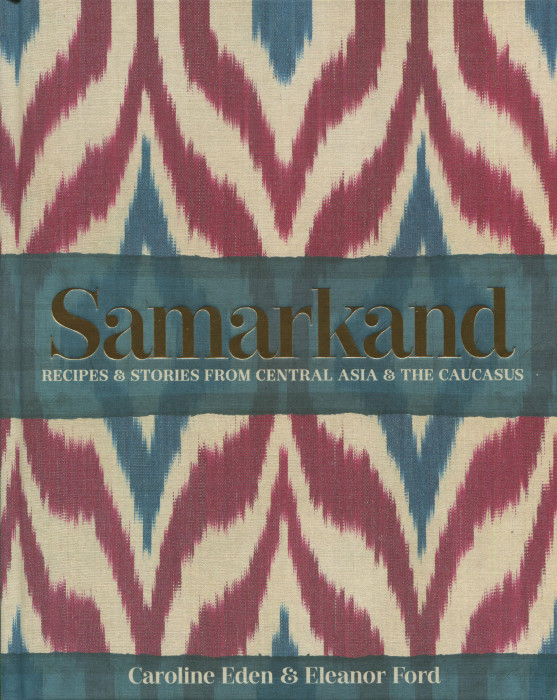 The term “fabled city” always evokes a special feeling in me. The classic fabled cities are ancient, remote and often lost. There is no more Babylon.

But there is Samarkand. Still alive. Still vibrant. Still exotic.

Particularly during the 6th to the 13th centuries, Samarkand was a world trading center, perhaps the most important trading city in the world. It was “halfway” point on the equally fabled Silk Road — which actually began by 200 BC. Silk and spices traveled west from China. Glass, cotton, precious metals and ivory flowed east from the lands beyond the Black Sea.

Samarkand is located in Uzbekistan. I know, that doesn’t help you. It’s east of the Black Sea, east of the Caspian Sea, north of Iran and Afghanistan. It was, and remains, remote. But Samarkand is growing as tourist destination and is a UNESCO World Heritage site. Centuries of culture are revealed there in magnificent temples, mosques and monuments of stone and turquoise.

Historically, Samarkand had been part of the Persian Empire, was then conquered by Alexander the Great, and at times was controlled by the Mongols, Turks, even for a while the Chinese, and in the last two centuries the Russians under the Czars and the Communists.

The flow of traders and conquerors has involved multiple cultures: Tajiks, Russians, Turks, Jews, Koreans, Caucasians, and of course Uzbeks.

Authors Caroline Eden and Eleanor Ford have a love affair with this city and the surrounding areas. The 100 recipes here come from a huge geographic area: Central Asia and The Caucasus. This area is landlocked with most of the population far the bounding seas and lakes. So, meat, and not fish, is the dominant protein. From the Silk Road days, spices still abound — but it is savory spices and not fiery chiles that dominate the dishes. Fruits, both fresh and dried, seem to appear in almost every dish. And nuts and pomegranates have a prominence that may be unrivaled.

There are few “new” ingredients here, but it is the combinations that will have you pondering: “What is that going to taste like.” You know these combinations will be interesting, be good, but you may not be able to imagine just how they will come together.

Here’s a preview of some of these “fabled” dishes:

Rhubarb, Apple and Clove Kompot [you drink it!]

I’ve never considered having cinnamon on my potatoes. And the Walnut Sauce for that chicken is nothing like the walnut sauce you encounter in Mexican cuisine. Samarkand is filled with wonderful, surely different ideas. Fortunes were made by the great traders, but the population lived on the grasslands and desserts of the Central Asia. They were not rich, but they were creative and proud of their cuisines. Centuries have tuned these dishes to the point where Central Asian cuisine is now World Class cuisine. Samarkand is the proof, page after page.