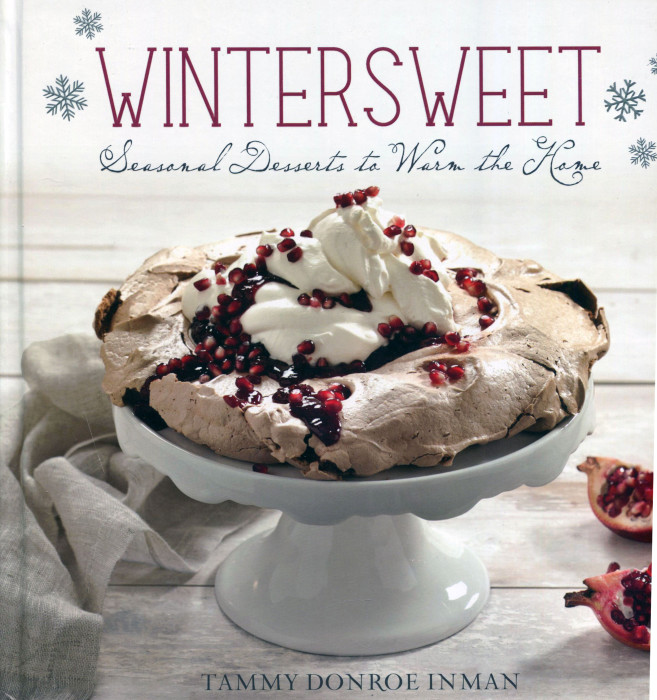 “Can you get us pears?” I asked Suzen.

“Of course, they are in season,”

“What’s wrong?” she came into my office from hers.

“Nothing,” I said. “I just have this great recipe: Honey Roasted Pears with Blue Cheese and Walnuts.”

“Sounds great. Can we do pecans?” Suzen hates walnuts. “Where did this recipe come from?”

“Wonderful book. Wintersweet.” I was being careful.

“Let me see,” Suzen took the book from my hands. She scanned pages. “Wonderful,” she observed. “Wait,” she paused, “this says it was published in 2013. You just got this?”

“Kinda,” I said. I was nearly trapped.

“When did you get this?”

“Was this another buried book?”

“Yeah, kinda. It was there on the shelf and I thought I had written about it and then I picked it up and I realized I probably had not written about it so I checked on the blog and I could not find any trace, so …” Suzen held up her hand. “No, I screwed up,” I concluded. Big time.

Suzen left my office. “Where are you going?” I asked.

I really wish I had not lost this book but I am fortunate to have found it at just the right time: the dead of winter. Author Tammy Donroe Inman lives in Boston, the land of feet and feet of snow, and she ardently believes that winter offers the opportunity to use many “in season” ingredients: late season apples and pears, pumpkins and squash, nuts and chocolate, persimmons, cranberries, pomegranate, quince, cheese and maple syrup. Plus citrus fruits, particularly Meyer lemons, grapefruits and oranges.

Her creative ideas, her philosophy, and her recipes all appear in Wintersweet. Asked if she is a chef, she modestly says no. But she is a graduate of the Cambridge School of Culinary Arts and worked at Cook’s Illustrated magazine and the matching television show America’s Test Kitchen.

Tammy knows how to cook and she really, really knows how to fashion exceptional desserts. Just look at that book cover: Chocolate Pomegranate Pavlova. That idea sets the tone for this book: distinctive recipes planned with care and graciously presented for the home cook. Not all of us went to culinary school, but all of us want a great dessert.

The book’s chapters flow by ingredient. Here they are with some sample recipes:

Honey Roasted Pears with Blue Cheese and Walnuts [or pecans!]

This book is distinguished for its creativity and consideration. Tammy says that if you like carrot cake, then why not use sweet parsnips in those cupcakes. And if you have a prune cake, then surely the only way to frost it with penuche. These are recipes just this side of deliciously outrageous, recipes to give you pause, and recipes that surely will give you pleasure.

For God’s sake, don’t waste two years as I did. Go get Wintersweet and get baking. We probably have two months of snow left. Maybe three. I’ve actually worn out my snow shovel. Now, I just want my Honey Roasted Pears.