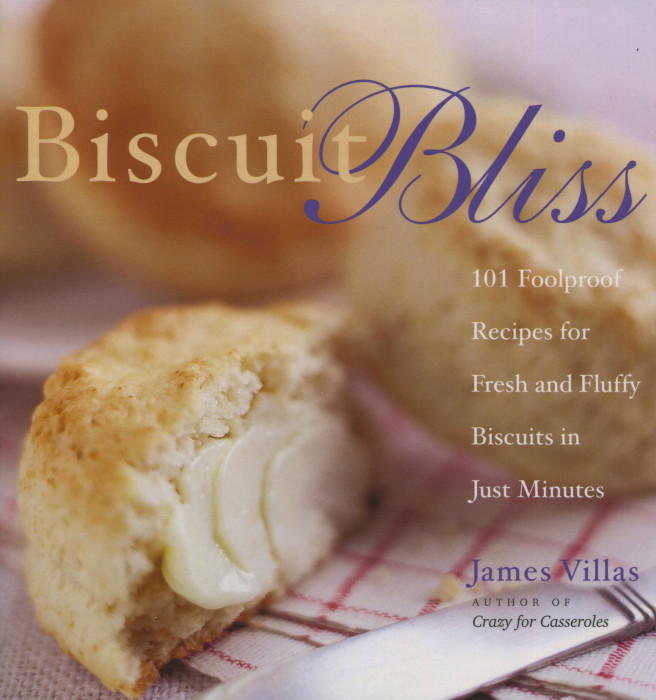 Three weeks ago I did a TBT cookbook review of Pig by James Villas. That got me looking towards James’ other great cookbooks. For three weeks, I have been in biscuit bliss. Actually, Biscuit Bliss was published in 2004 and I regret those 16 lost years.

Biscuit Bliss begins with a story, a story of how biscuits evolved over centuries until they reached their pinnacle: the 19th century American South. Then came disaster: Bisquick and “prepared” biscuits wrapped in cardboard and stashed in the refrigerator section of your grocery store. That was disaster. Or hell. Surely very bad.

Now, I admit. I grew up on Bisquick biscuits. I thought I knew what a biscuit should be, just like Kraft caramels are what a caramel should be.

Now I really, really am biscuit educated. Suzi and I actually have a biscuit cookbook section in our kitchen. Biscuit Bliss is the best of the collection. At the bottom of this post is a picture of Mother’s Buttermilk Biscuits. It’s so light, it almost floats off the table It’s so fluffy that butter and jam and honey find a million places to hide. Yes, I’ll post the recipe tomorrow.

A century ago, there were tea salons or parlors where ladies could enjoy beverages and perhaps a Blue Cheese and Walnut Cocktail Biscuits. If you are cooking a chicken pot pie and need a crust, you can top it with Chive Biscuits.

Do you need something sweet for breakfast? How about Cinnamon-Pecan Drop biscuits or Maple Pinwheels?

Other truly blissful ideas here include:

There was a time, in a different America, when biscuits were on the table at least once a day. Biscuits fueled our father or grandfathers as they went out to the fields and factories. Biscuits could be integral to our dinners, an alternative to potatoes. And desserts were often shortcakes, adorned with fruit or ice cream. Biscuits were everywhere.

If you try just one of the recipes here, you’ll be hooked. Suzi pulls this book from the shelf each Sunday, and we try a new breakfast treat. We’ll be through the book in a couple of months. And then, then we’ll start all over.

You don’t know how great a biscuit can be unless you play with Biscuit Bliss and find yourself amazed. Better than brownies. Well, almost. 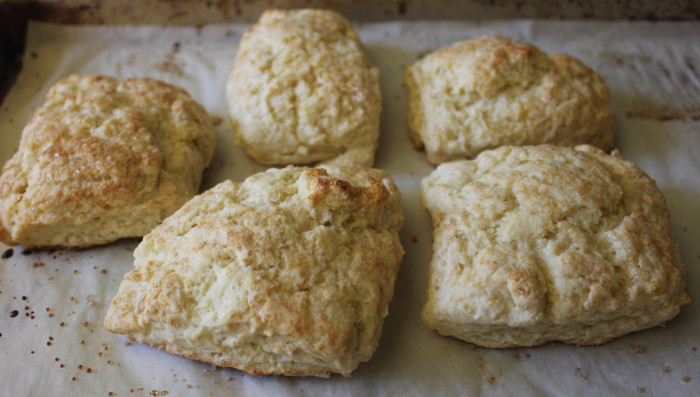