TBT Cookbook Review: Piedmont in the Flavors of Italy Series from Time Life 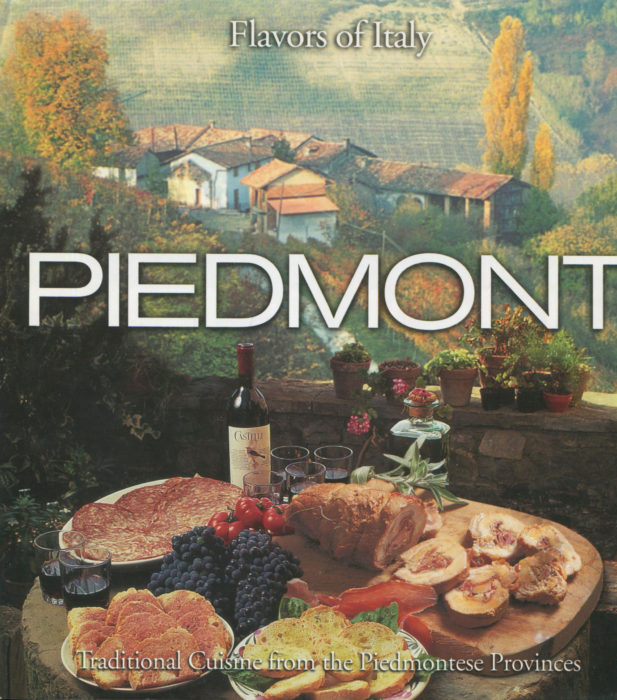 In 1999, Time Life released a new series of cookbooks: Flavors of Italy. They were working with an Italian publisher and I believe the project ended after only four books: Piedmont, Sicily, Emilia Romagna, and Tuscany. Suzi and I have two of them, with the other two on the way. It’s a lovely series and I’m sad that the rest of Italy was not completed.

Let’s start with Piedmont. That translates literally to “foot of the mountains” and it refers to the prominent area just south of the Alps. The capital city is Turin [not Milan which is east in Lombardy]. Turin is famous for its chocolate experiments in the 16th century that led to Gianduja.

In the twenty years since this book appeared, we have had hundreds of Italian cookbooks, many devoted to this region, many books with more recipes. So, why consider this book for you? It is compact, informative, and beautifully photographed. Along your journey in the pages, you’ll find some clever recipes that deserve your consideration:

Artichokes in Egg and Lemon Sauce 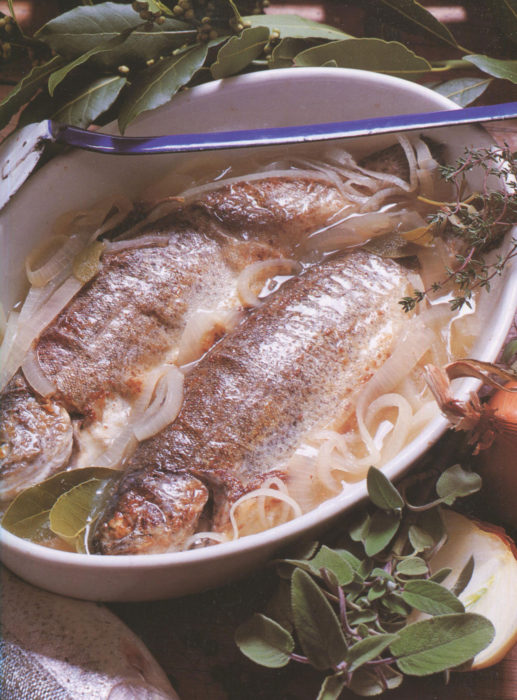 It’s the very complex preparation, and subsequent flavor here, that intrigue me. The trout is pan-fried, put in a deep dish, covered with a white-wine and juniper berry marinade, then allowed to sit in a cool place [not your fridge] for at least 24 hours. I’ve never attempted a dish like this. Usually, I fry my trout and put on the plate. Immediately on the plate. Waiting a whole day to eat it will be a challenge.

The book has chapters for

There is a battery of side notes dealing with truffles, the wines, and the chocolates of Piedmont. Short but most informative, these make Piedmont a lovely guide to have in your bag the next time you visit Turin, the countryside, or approach those tall Alps at the edge of Italy. The authors of this book, Mariapaola Dettore and Gabriella Ganugi, went on to write other volumes about Italian cuisine. Their expertise is on display here.

Tomorrow, Friday, I’m post the recipe for that trout! I’ll post the artichoke and pear recipes in high spring and summer season, too.