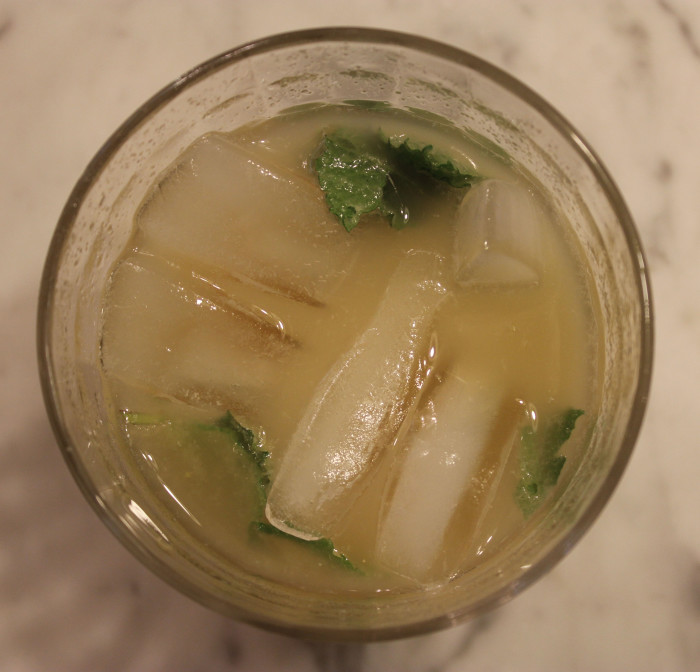 When I saw the title, David Balfour Cocktail, I had no clue what it might mean. Except, of course, that Balfour has a slightly English ring to it.

My childhood was spent reading two kinds of books: Donald Duck by Disney and mathematics ranging from geometry to combinatorics. Don’t ask. It’s complicated and behind me now.

Well, my childhood was therefore deprived of reading the classics, like Kidnapped by Robert Louis Stevenson where one David Balfour is the protagonist. If you can’t read ‘em, you can drink ‘em.

Suzi loves to drink her bourbon and whiskey. Sometimes neat. Sometimes iced. But, never, never diluted. So, after I made this and offered her a sip, she turned her nose up and walked away.

Her loss. Although I could kidnap her and force her to drink one. Might be a story there.

The recommendation here is to make this a picnic drink and make lots, so the proportions below are for lots. It calls for fresh lemonade. Here’s how to do that quickly and easily. In your blender, put in 3 cups of water, 1 cup of sugar, and 2 large lemons that you have halved. Turn the blender on and let it crank. Strain the contents into a bowl. You’ll have lots of solid matter collecting in your sieve. Put the strained liquid into a container and chill until ready to use.

Fill a pitcher three-quarters full with ice. Add the torn mint, followed by the Irish whiskey and the sweetened lemonade. Mix gently. Shake the orange bitters over the top—taste for balance, adding more bitters if necessary. Serves four picnickers