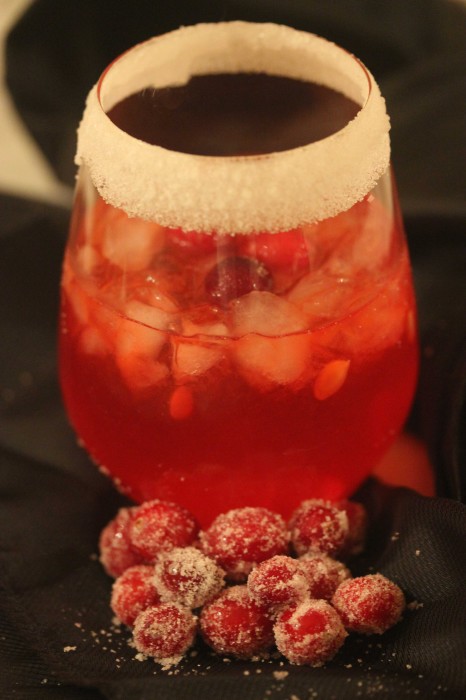 So, I had this girlfriend. And I got involved without really knowing her. Then one night at her place I was going through her magazine collection and I found she read Cosmopolitan. I had seen the magazine on newsstands but never picked one up. Never read one.

Now I did. I saw the content that Ms. Brown prided herself on as editor. I was appalled. I realized I had made a terrible mistake. But I was in too deep and on my own Cosmopolitan slide into relationship abyss.

It didn’t work out.

Just a few years after the girlfriend went away, and about the same time I was able to somehow meet Suzen, the word “cosmopolitan” or “Cosmo” was given a new life, a new meaning, a new sparkle.

You know that saying: failure is an orphan but victory has many fathers? Well, the claims for creating the first Cosmo cocktail range far and wide, from coast to coast, and from the 1930s to the 1980s.

Personally, I like the version that credits Cheryl Cook, a South Beach bartender in the mid 80’s. Her story, and she really exists although some claimed she was just a bartending myth, is that she noticed how people loved martinis, or in her words:

“What overwhelmed me was the number of people who ordered Martinis just to be seen with a Martini glass in their hand. It was on this realization that gave me the idea to create a drink that everyone could palate and was visually stunning in that classic glass. This is what the Cosmo was based on.”

And “stunning” is just the word. Look at that holiday picture above with just a few cranberries added in and about the drink. Traditionally, Cosmos are made with vodka, triple sec, cranberry juice and lime juice, freshly squeezed if you please. Ah, what kind of vodka? Tradition now has it that the vodka has to be citron-flavored.

That’s where this new recipe comes from. Charbay makes an excellent, truly flavorful Ruby Red Grapefruit Vodka. Charbay’s version is simpler, no triple sec, and sweeter, lemon juice instead of lime. Cran-raspberry juices replaces simple cranberry juice, an idea that many have discovered and that adds new layer of flavor. Gone too in this recipe is any splash of simple syrup, that “secret” ingredient used by many bartenders but so often ignored in describing a recipe. Personally, I still add an ounce of simple syrup when I make this.

Ok, I’m on the road to diabetes. But I still remember being in Singapore, indulging in alternating rounds of sweetish Singapore Slings and Cosmos, as I debated two great questions: which drink was better and wondering how on earth I ever got tangled up with that crazy Cosmo woman.

The woman was bad, the Cosmo was the better tonic for recovery.

Place the ingredients in a cocktail shaker filled with ice. Shake until thoroughly chilled. That means 30 seconds, not two or three jiggles.

Serve in a martini glass, ideally rimmed with sugar. For the holidays, add some cranberries to the glass. Sugar coated, of course.