Spicy Sidecar with Domaine Canton from the Red Onion 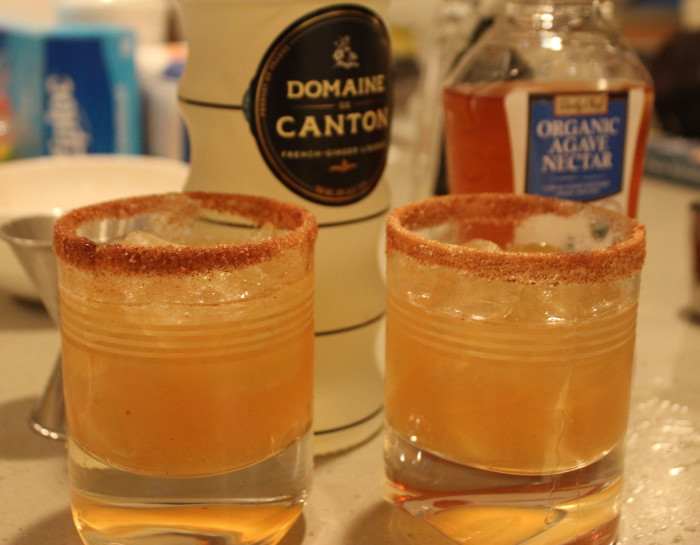 My wife hates ginger. My wife loves ginger. I’m perpetually confused about the circumstance under which she will like a “ginger something.” My approach? I don’t tell her. I let her taste and if she makes a face, I head for another room.

She made no face here. Just a broad smile. “What is this?” she asked.

The secret ingredient here is Domaine Canton Liqueur, a product from France that has existed since 2007. A decade before, there was a similar product made in China that was exported here. But that product line was not successful.

Domaine Canton is successful. You’ll see it now in bars everywhere, there is a wonderful website with recipes and you are sure to want to experiment when you taste this delight. I tasted a version of this at the Red Onion in Saugerties, New York, but I've made enough modifications so that I really can claim this cocktail is "mine."

There is no distinct “ginger” note here really. Just an underlying foundation of “heat” and “spice.” This has become a go-to cocktail for us and I expect it will for you, too. Ginger away!

Spicy Sidecar with Domaine Canton from the Red Onion

Put the brandy, Domaine Canton, lemon juice and agave in a cocktail shaker filled with iced. Shake vigorously until well chilled. That’s a good 30 seconds, folks, not five. It’s a lot like the “brush your teeth for 3 minutes” thing.