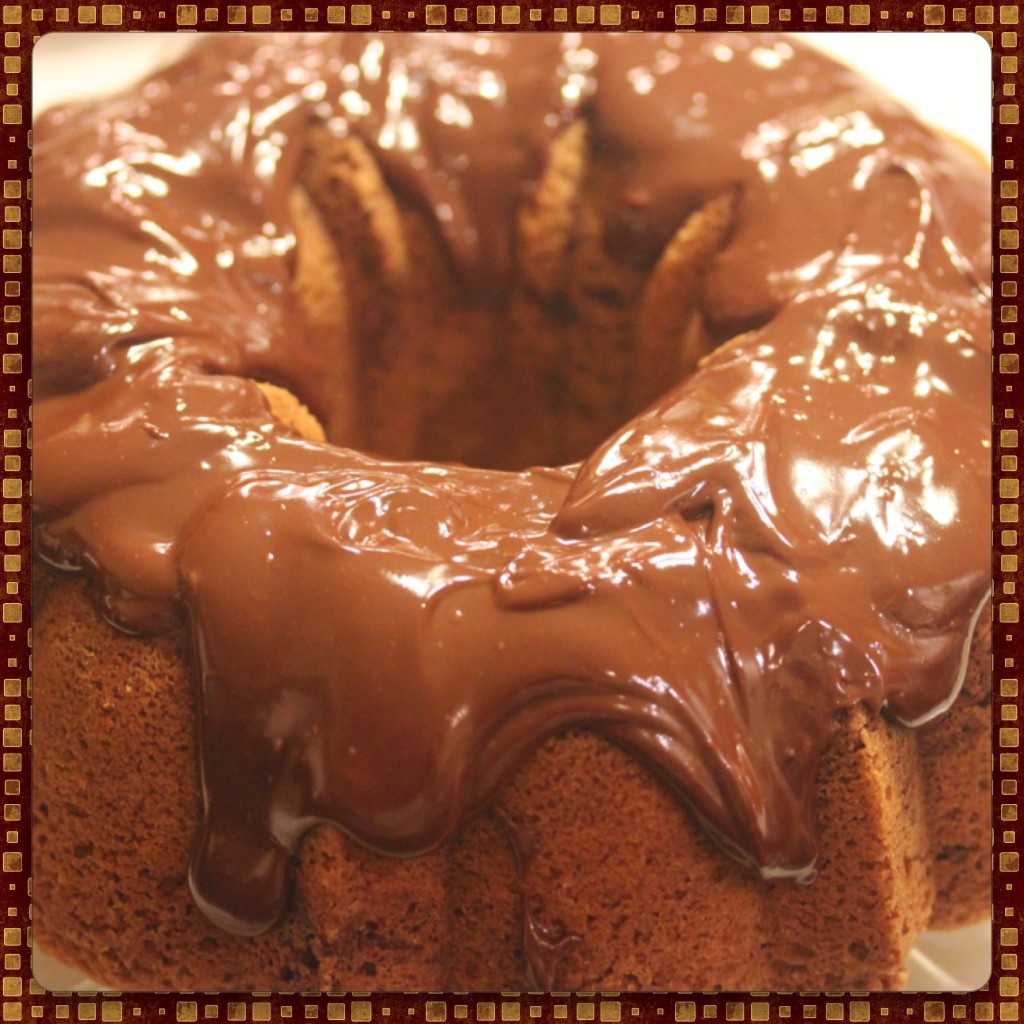 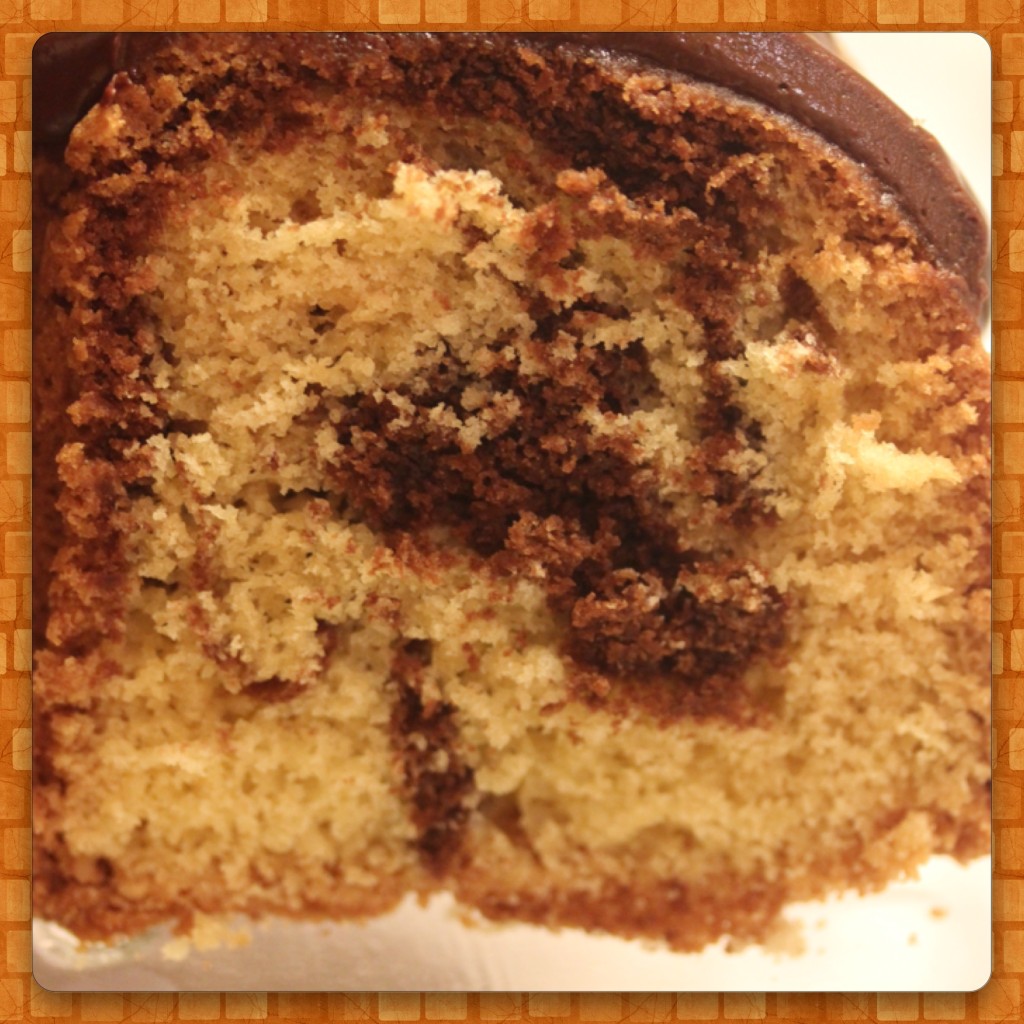 Sometimes it can be a little hard to keep current on this blog with what we cook. I can get behind in my writing. This cake is an example. We had it for Christmas. Last year.

I had other dessert ideas at the time. Buche de Noel. Apple pie. Some medieval German wonders. All sorts of things.

“We want the Marble Cake,” my grandsons announced.

“The one you made for our birthday party. Five years ago,” the twins announced.

I scratched my head. So did Suzen. Apparently that cake had made quite an impression. Suzen was willing to go marble, but she wanted to make the bestest ever marble cake. For that, there was one obvious source: Rose’s Heavenly Cakes by Rose Levy Beranbaum. Years ago, Rose wrote The Cake Bible. You would sort of think that might end things for her cakewise. But, as this title suggests, there is a higher plane. Heavenly Cakes is an understatement. The book is filled with very lovely creations. You’ll see some other ideas from Rose in the coming weeks. This one is relatively simple to make and exceptional.

Marble cake is perfect for those of us who cannot make up our minds: vanilla, chocolate, vanilla, chocolate. Here you have both flavors in the very rich batter. Six egg yolks! Two sticks of butter! And sour cream! It’s an abundance of all the things that you have to watch for. Personally, I’m pretty sure that the calories in the butter and the calories in the sour cream cancel themselves out. I can’t begin to think of anything plausible about the eggs.

For the ganache glaze:

Heat the chocolate until almost completely melted. Use a small microwavable bowl, stirring with a silicone spatula every 15 seconds (or use the top of a double boiler set over hot, not simmering, water, stirring often—do not let the bottom of the container touch the water).

Remove the chocolate from the heat and, with the silicone spatula, stir until fully melted. Allow it to cool until it is no longer warm to the touch but is still fluid.

In a medium bowl, whisk the yolks, ¼cup of the sour cream, and the vanilla just until lightly combined.

To make the batter, in the bowl of a stand mixer fitted with the flat beater, mix the flour, sugar, baking powder, baking soda, and salt on low speed for 30 seconds. Add the butter and the remaining sour cream. Mix on low speed until the dry ingredients are moistened. Raise the speed to medium and beat for 1 ½ minutes. Scrape down the sides of the bowl.

Starting on medium-low speed, gradually add the egg mixture in three parts, beating on medium speed for 20 seconds after each addition to incorporate the ingredients and strengthen the structure. Scrape down the sides of the bowl.

Use a regular tablespoon to marbleize the batter lightly: Dip in the tablespoon, without touching the bottom or sides, and lift up and over in a folding motion, like the roll of a wave, six to eight tunes, going all around the pan. Smooth the surface evenly.

Bake for 50 to 60 minutes, or until a wire cake tester inserted between the tube and the side conies out clean and the cake springs back when pressed lightly in the center. The cake should start to shrink from the sides of the pan only after removal from the oven. During baking it will rise above the center tube, but on cooling it will be almost level with the sides of the pan.

Let the cake cool in the pan on a wire rack for 10 minutes. Loosen the cake by jiggling it up and down until it moves slightly. Invert it onto a wire rack that has been coated lightly with nonstick cooking spray. Cool completely before applying the glaze, if using.

To make the ganache glaze, have ready a fine-mesh strainer suspended over a small glass bowl. In a food processor, process the chocolate until very fine. Remove it to a small heat-proof glass bowl.

In a 1-cup or larger microwavable cup with a spout (or in a small saucepan over medium heat, stirring often), scald the cream (heat it to the boiling point; small bubbles will form around the periphery) and pour it over the chocolate. Cover the bowl for 5 minutes to allow the chocolate to melt. Using a silicone spatula, gently stir together the chocolate and cream until smooth, trying not to create air bubbles. Press the mixture through the strainer, stir in the Cognac, if using, and cool until tepid. A small amount of glaze dropped from a spoon should mound a bit before smoothly disappearing. If the glaze is too thick and the mound remains on the surface, or if the glaze seems curdled, add more warm cream 1 teaspoon at a time. When the consistency is correct, use the glaze at once, or store covered and reheat it.

To glaze the cake, place it on a serving plate. Pour the glaze evenly over the top of the cake, allowing it to drip down the sides and pool slightly on the serving plate.