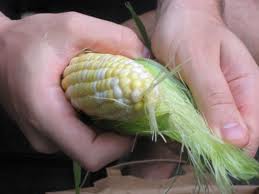 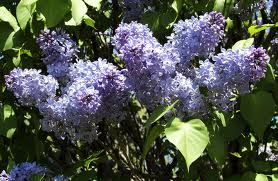 A mild winter has its benefits. You haven’t broken your leg while skiing. Your heating bills were not as high as the Federal budget.

And corn is available way early. We have Florida corn in our local supermarket. Big ears, with lots of well-formed kernels. This early corn does not have quite the rich flavor that only summer sun can provide. But it’s darn good. In fact, in the coming few days you’ll see a bevy of corn recipes here.

Of course, between buying the corn and eating the corn there is cooking the corn. Which means removing the husk and dealing with that silk. Have you ever had to shuck twenty ears and found your kitchen looking like a “thread bomb” went off? Really a mess.

Here’s a solution, an amazing solution. I normally think of a YouTube as a place to find videos of cats dressed up costumes and performing some feline ballet number. Well, there is other information there. Try this link:

Here you will see a fantastic idea. Put the whole ear of corn in the microwave, cook for 4 minutes an ear, remove the ear, and just cut off the bottom end. Then you simply pick up the ear by the tassel end and the cooked corn slips right out of the husk. No silk attached.

Suzen and I have watched, been intrigued and believe. We have to believe. We saw it on YouTube.

However, we will be testing this weekend.

And we want to test flavor, too. Cooking in the microwave is not the same as boiling in water [or milk!]. Or roasting, either shucked or unshucked. We’ll try the microwave idea, and then see if we can use our grill for a moment or two to generate flavor and add some carmelization.

Ah, the lilacs. This mild winter has made for early corn. It has also meant that, at least here in the Northeast, lilac bushes have none, or at best a few, blossoms. Suzen has created a small lilac forest just outside our front room. In a normal year, we can open the windows and have lilac fragrance for three or four months. This year, we are going to have to settle for munching on corn.