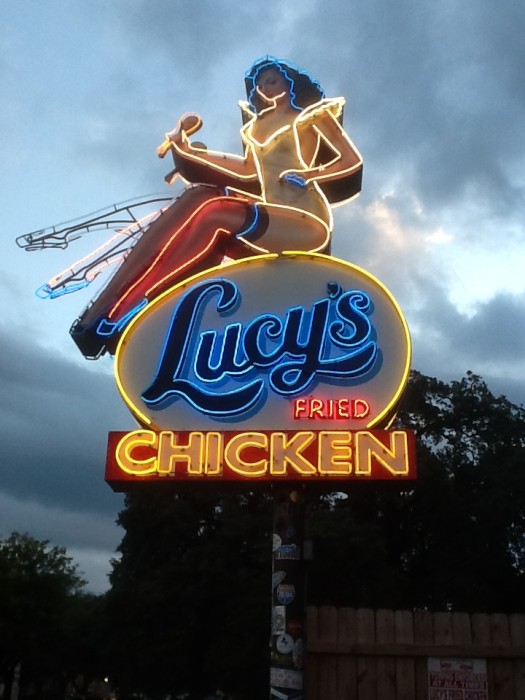 On a recent visit to Austin, I spent days in SoCo, the South Congress Street district that lies south of Town Lake. You just drive over the famous “Bat Bridge” and head up the hill and suddenly you are in a different world. Restaurants, food carts, pods of food trailers, Amy’s ice cream, and the parking. The parking is slanted, not parallel. And you park by backing in. Takes a bit of time and skill, especially if you have a gun rack blocking your view.

Austin is a north-south town. It’s wide now, but originally it was narrow, following the railroad line and Congress Street stretching down from the Capitol Building, a pink granite wonder. Congress Street was not paved until 1904, and then only with brick. Until then, there were cattle drives right up and down the main drag.

On South Congress, the food hangouts offer diversity and crowds. And neon. The street was famous before World War II as a hangout for those guys from the Capitol. Neon signs adored buildings where a man could get a drink, share some cards, and have a conversation with a woman. I said conversation, not intercourse, because this is a family blog.

Nowadays, that stuff is gone, replaced by the food, the art, the boot stores, and people playing music for pick up on the street.

I ate at Lucy’s Fried Chicken. That’s the Lucy’s neon sign up there on top. And at the the bottom here is a photo of the SoCo location, their second. That tile and wood layout wrapping around the trees is typical of contemporary Austin architecture. It’s California-like but with some gimmicks and scale that are Austin-correct.

Course, I did need a lesson in how to eat fried chicken. No, I was using my hands, unlike a Middle Eastern couple across from me, who were politely attempting to use a knife and fork. They were struggling and would get only 2/3 of  the meat. I held those grease free pieces in my hand and dug in like a dog.

Then I was corrected. My waiter touched my shoulder. “Here’s your honey,” he said.

“My biscuits are gone,” I noted.

“No, for the chicken. That’s how you eat it. Then put hot sauce on it.” He smiled, he left.

I opened up the foil packet of honey and spread it over my half eater breast. Then some dashes of hot sauce, a Mexican brand I never heard of.

I picked up the piece, took a test taste, rolled my eyes a bit, and dug in. It was really good. And brought back memories of chicken place in Portland fifty years ago where the chicken and biscuits were so jammed on the plate that you could not avoid getting honey on the chicken. I remembered those days and how sticky I got. Now, I was sticky again but with hot sauce fumes rolling over my tongue.

I looked across at the couple being polite with their knifes and forks. Naw, the hell with it. I kept eating down to the bone. Then a careful walk to the rest room where a basin of hot water let me address honey, hot sauce spills, and flakes of the best chicken skin I ever had. 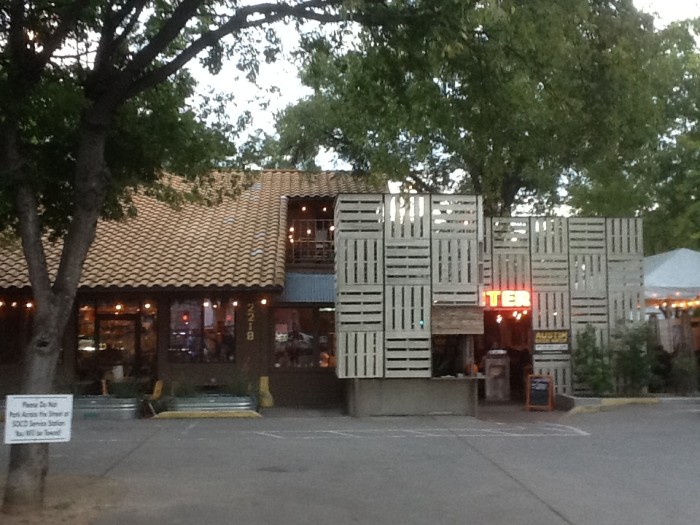