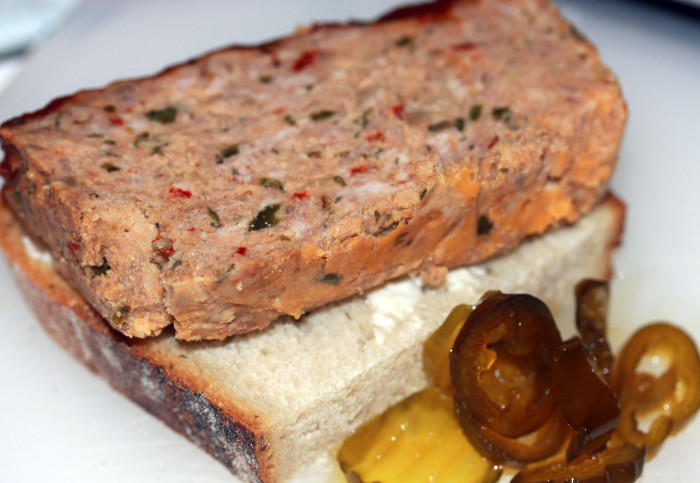 You can say that it doesn’t matter. No matter how you do it, it will be fine.

Sure, and Hell did freeze over.

I did a google on “meat loaf sandwiches.” I happen to love them and actually, like many people, prefer the sandwiches the next day to the freshly made meat loaf out of the oven. You find, in this search, that there is diversity and passion. And some pretty strong opinions. It’s not that a meat loaf sandwich “can be …” It’s more like “it must have…” Or else.

Someone wanted just meatloaf on white bread. Period. Nothing more, because if the meat loaf cannot carry the load on its own, then the meatloaf is … Well, they used a four-letter word here. Nasty.

There’s the guy in Texas who says it has to be on Texas toast with gravy. And kimchi. Now, I think it is a fair bet that individual is a software guru, first generation, whose parents came from South Korea. That is not a derogatory statement, just an observation on the demographics of our world.

To begin with, what should the meatloaf be made of. People espouse the benefits of bison and turkey. Me? Well, I depend on Suzen and her secret, magic, marvelous combination of ground pork, beef and veal.

What should the bread be? Oh, how intense life can be. There are calls for white bread, rye, pumpernickel, onion rolls, focaccia, Kaiser roll, or just anything with grain.

Upon the bread, mayonnaise wins the plurality, but people do surprise with asking for butter. There’s chipotle and chipotle mayo. Ketchup, of course, and horseradish sauce. Next to mayo though, the advocates for gravy are loud and cannot be ignored without personal risk.

Pickles are demanded by perhaps half the respondents. Mostly on top, but some just want their dill spears on the side. Jalapeno peppers, sweet ones like in the pictures, are my favorite addition. Yes, that picture shows that red and green peppers have been added to the meat loaf itself.

Onions? Always a fight. In the meat loaf or out? On top of the mayo or ketchup or not.

Every combination imaginable is someone’s favorite. That means you cannot go wrong for yourself, but tread carefully when dining with friends. I suggest a large table, everything spread out, and plenty of knives. For spreading, not arguing.

Oh, if I am coming and you are putting up the table, you better have jalapenos there. Can’t be a meat loaf sandwich without jalapenos. Everybody knows that.