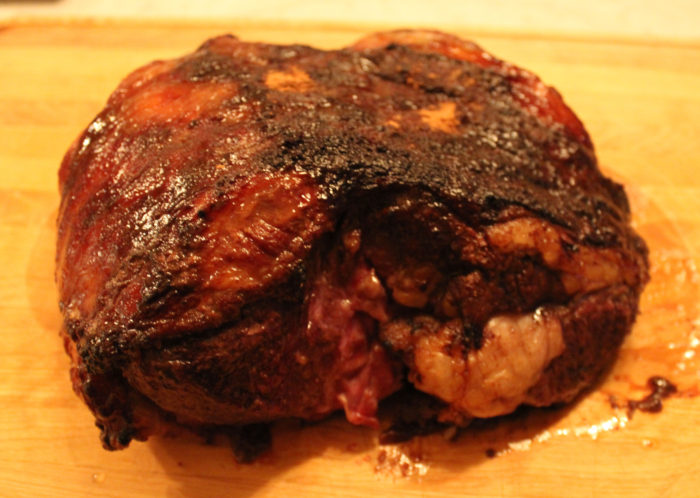 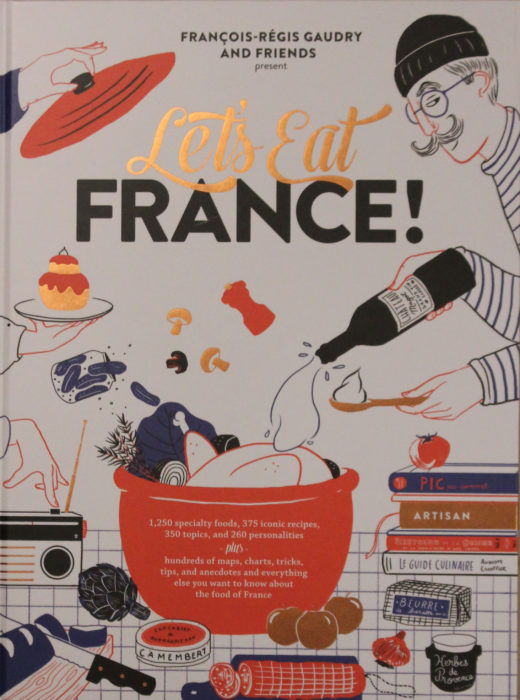 Let’s Eat France is a grand new tome filled with recipes, ideas, chef biographies, and details to make you believe, well start to believe, you might be a French chef.

This idea appeared in a little sidebar. Take a leg of lamb — bone it. Cover it with honey, then cover the honey with spices: cinnamon, nutmeg, allspice, and ginger. Equal amounts of the spices and lots of them. Cook at 300 degrees until the internal temperature is 130 degrees, an hour plus.

Let the leg stand for 15 minutes before carving. Serve with almost anything. Gooey, cheesy potatoes, or rice, carrots, or … It doesn’t matter. This leg will dominate the meal. And make you blissfull.

Oh, yes, There are the spice on outside of the lamb but you still want mint jelly!