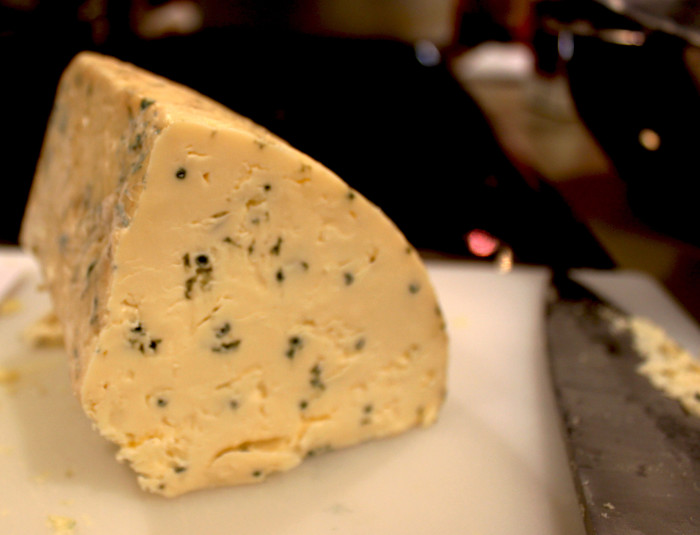 Blue cheese. I just hate assocaitin the word "bacteria" with something so beautiful. And so versatile. I love to eat blue cheese, directly, on crackers, by the quarter pound. But the truth is blue cheese belongs in salad and soups and, yes sauces.

There is a photo at the bottom of this post of the actual sauce. I will be chided for the photo. It's a conundrum. I have this great recipe and this not so perfect photo. Suzen will be displeased, but it’s summer barbecue season and I cannot go another day without giving you this secret. So, I shall publish and bear the consequences.

Do you know what the hardest think to photograph is? Soup. Followed by beverages. Followed by sauces, like a blue cheese sauce. If it’s liquid, it’s hard. Rock solid hard. Does that make sense? Probably.

I’m working on it. Please bear with me. Because of the way digital cameras focus, a liquid surface confuses the computer chips and algorithms in a digital camera. People are working on better computers, better algorithms, better lighting techniques, … better everything.

Now about the sauce. There is nothing like a great barbecued steak. It’s simple, direct and deep in flavor. So why do we all employ sauces that are so powerful they can show up on the Richter scale? Seriously. You aren’t eating steak with sauce. It’s sauce with steak. Or maybe just sauce.

Too often sauces dominate, burying all those steak flavors. What if you want a sauce that does have flavor, but that smoothly complements the meat instead of being its bitter rival.

Here’s a solution, a blue cheese dressing that you can adjust for heat but that will not overpower you meat. You can make this sauce in a couple of minutes. If you are adventuresome, you can add some herbs, too, but beware of being your own worst meat enemy. 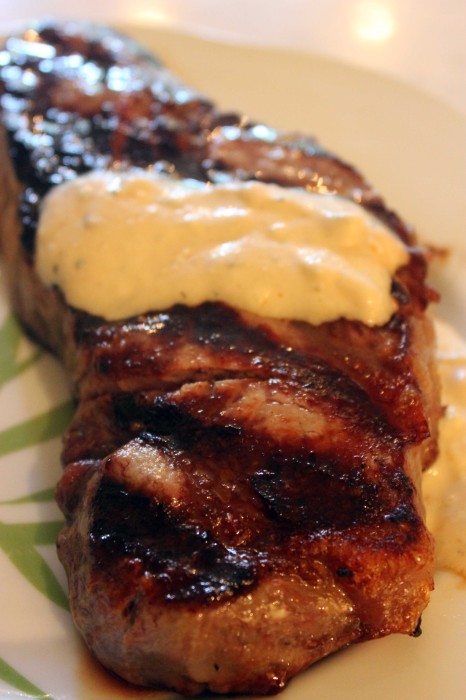