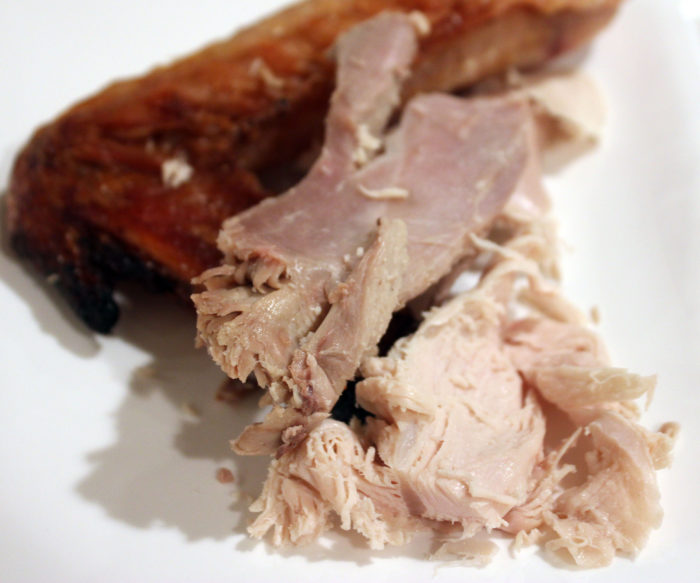 It’s the day after Thanksgiving. Yes, you must eat. You must. Fasting on Friday is simply un-American. Speaking of American, how about that lovely French creation: hash. It’s not the prettiest of words and it can look rather hodge-podge on the plate, but God it is good. The secret is to have all the “things” about the same size. In the sauce, they start to become unrecognizable. Just hash stuff, just divine.

After a hard Thanksgiving Day in the kitchen, this recipe is swift and lovely.

Bring a medium-size saucepan of lightly salted water to a boil. Droop in the potatoes and cook just until fork-tender, about 10 minutes. Drain well and set aside.

Heat the butter in a large skillet. Add the onion and red pepper and cook over medium-high heat, stirring frequently, until barely tender. Stir in the potatoes, turkey, salt, thyme, white pepper, and nutmeg, then add the cream and continue to cook, stirring, until most of the cream is absorbed. Stir in the cilantro and serve immediately.