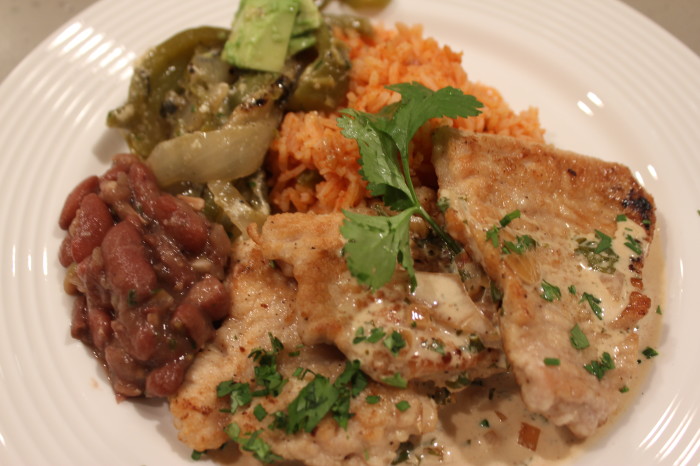 “I need help,” Suzen said. She had a different tone to her voice.

My wife often asks for help. I will get in trouble for saying this, but she has a tendency to misplace things. Keys, phone, iPad, keys. Especially the keys. She “knows” where it item has to be. I never go to that place, that room she says it has to be in, because I know that the missing item will be found in a different room. Eventually, the lost item is found. I love her sigh of relief that always comes when the item is revealed. She raises her shoulders, relaxes, and life is resumed.

This time the “help” she needed was not for keys. It was for something that she had never had, but now needed.

“I told a client,” she began, “that I would give them a Mexican turkey dish. We need to find one.”

So, we began a treasure hunt. Somewhere in 3000 cookbooks, there had to be a recipe that would work. Like a squirrel going for buried nuts, Suzen zoomed to the shelf of Mexican cookbooks. She passed over the newer ones and went to the stare of the shelf: oldest book first. Suzen began Cooking by the Book in 1988. And in 1998 the Junior League of Los Angeles published Gourmet LA. One of those league members contributed this exceptionally flavorful recipe.

These turkey breasts, cooked with lime juice and tequila and cream and coriander, can only be described as addictive comfort food. Very addictive. You’ll have one, then dive for another. And there is never enough sauce! One more spoonful is always needed.

These medallions are quite easy to make, so this is a great “quick dinner” dish. With tequila in the sauce, the pairing here is, not with wine, but with some tequila beverage: say, a straightforward, rocks and salt margarita.

The red beans and rice on the left of the picture are the perfect complement. Look for that recipe tomorrow!

Pound each medallion between sheets of wax paper to ⅛-inch thickness.

Heat 2 tablespoons butter in a large skillet and sauté the turkey over medium-high heat until golden brown, about 2 minutes on each side. Transfer to a platter and keep warm.

Add lime juice and tequila to the skillet and simmer for about 3 minutes. Add remaining butter and stir until smooth.

Stir in cream and coriander and simmer for another 3 minutes. Add cilantro, chives, salt, and pepper and stir. Remove from heat.

Pour sauce over turkey medallions. Garnish with sprigs of cilantro.