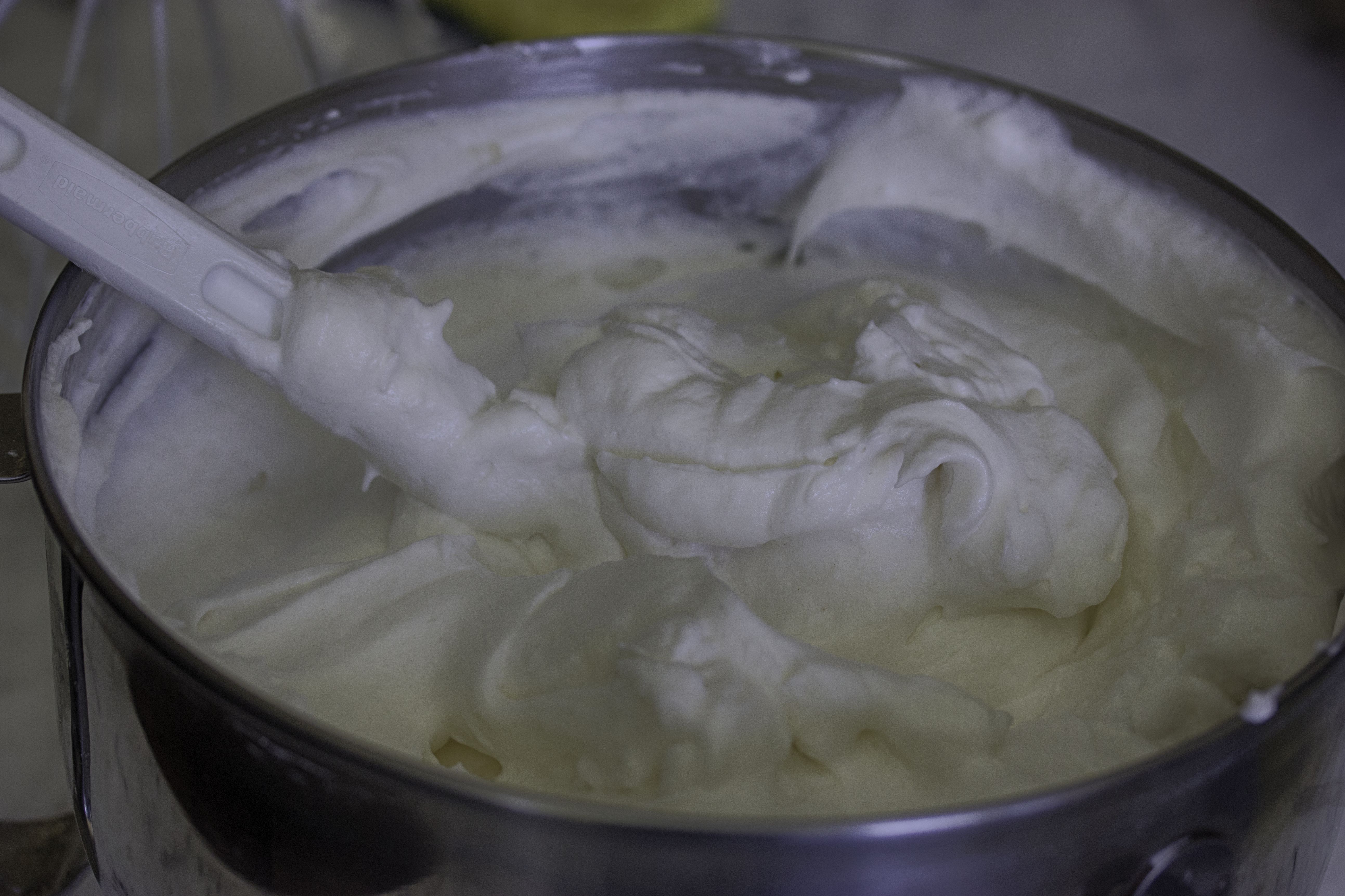 Meringue is a wonder to behold. Those egg whites can bloom in volume over 8 times on their own, and more when you add sugar. Who first created meringues? That’s a question with multiple answers. The Swiss lay claim, of course, and the French. The chef of a Polish nobleman who became the Duke of Lorraine is mentioned. The first documented recipe for meringue comes from a place that is, well, not associated with high cuisine. A recipe in 1604 in England mentions a baked “beaten-egg-white-and-sugar-confection.” Very simply, we don’t know where or when or what was the inspiration. But we know now to enjoy meringue in all its glory.

Why don’t the air bubbles burst and slither away? They will if you overbeat the egg whites. If you try to get max volume for your eggs whites, you’ll get volume but reduced strength. Quickly, that foam will fall upon itself. Oh, if you don’t beat enough, then the network of proteins is not strong enough to hold the water and the meringue will again collapse.

So, how long do you beat? “Until soft peaks” or “until stiff peaks” form are phrases you will hear. What do they mean? Only experience can tell you. But at the stiff peaks point, you need stop. You are on the edge of overbeating, and there is no recovery at that point. The egg whites are beat. Literally.

What about bowls or contamination? The presence of any oil substance will dramatically reduce, or even prevent, the foaming process. What’s the likely source of oil. That egg yolk. One drop of egg yolk can reduce the amount of foam by 2/3. A plastic bowl has a surface with molecules that resemble oil and make it difficult to whip those egg white. At the extreme end, the famed copper bowls are famed for a good reason. Copper ions will interact with the proteins in the egg whites to generate a stronger foam. So, particularly if you are keen to do it by hand with a whisk, that copper bowl is a worthy asset. You may, of course, have a stand mixer with a whisk attachment. Those work forcefully and well. I must say that Suzen and I have discovered that a small metal bowl and a small hand mixer produce excellent results — both for egg whites and whipped cream. That $20 hand mixer in the appliance aisle of your drug store is a great buy.

Sources: Meringue by Linda K. Jackson and Jennifer Evans Gardner, Cooking for Geeks by Jeff Potter, and On Food and Cooking by Harold McGee