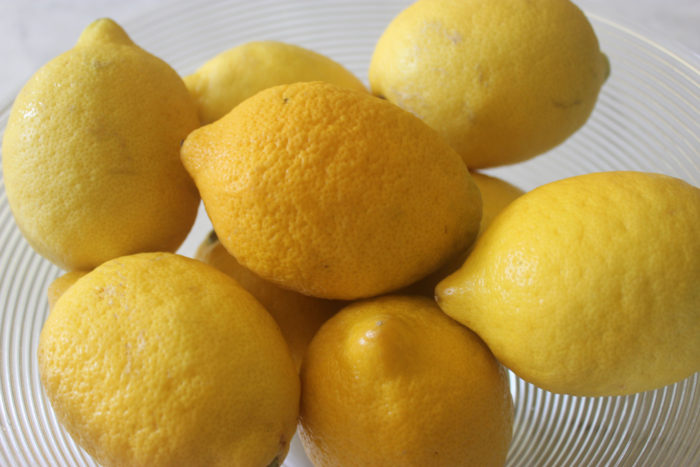 It’s party season and you may have some beverage responsibilities coming up so. Or, like me, you may be playing the role of bartender for a group. Suzi’s cooking school, Cooking by the Book, has a group of 30 next week who want a mix of classic and contemporary cocktails. They love whiskey, so what is more natural than a whiskey sour. Oh, sour mix for 30 people!

How to get that sour flavor? A bottled sour mix? No. Please, no.

You can make your own sour mix that generates a far superior drink. I’ve posted sour options for you here before. This one, from September, is the simplest. You get a very good sour mix that pairs perfectly with, say, whiskey. The best thing about this recipe is you don’t need to juice 10 or 20 or 30 lemons. You don’t juice 1. Just put the lemon and some water and simple syrup in a blender and grind away. By using the entire lemon, you get great efficiency and you save all that time.

With my intense sweet tooth condition, I find many sour mixes are just too sour. This is a not-too-sour sour mix that gives you about ⅔ cup in volume. Enough for a couple of tall cocktails.

If you want a sour mix recipe that has you juicing lemons for an hour, try my Homemade Sour Mix. That recipe calls for a quart of lemon juice, which can make your hand tired. And, and, what are you going to do with a quart of sour mix? It’s fine a party, but for just a couple of people, this can be a waste. So, if you need a sour component for just two or you, this is the way to go. Need sour mix for a dozen people? Just keep filling up the blender. You can do three lemons and 1 ½  cups of water at once.

Cut off the ends of the lemon. Remove any label, then cut the lemon in quarters by slicing down from the top.

Put the lemon slices in a blender and add ½ cup water. Turn the blender on and process for a least a minute. Pour the mixture through a sieve, pressing to extract the maximum amount of liquid. You should end up with ⅓ to ½ cup.

Add the simple syrup to the mix. You might want to have equal volumes of simple syrup and your lemon extract. You might want more. You have to taste test to see the amount pucker you want. Remember, this sour mix is going to be mixed with some other elements, like the gin and soda in that Tom Collins or whiskey for your Whiskey Sour.