Fudge Icing from Seattle Circa 1960 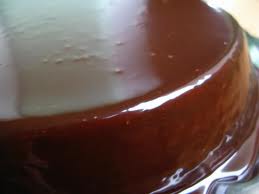 This is a two part blog: cake and frosting. Of course, frosting comes first and tomorrow you’ll have the cake. Frosting deserves to be first. Well, icing should come first. Icing, frosting, which is it? Even in the recipe from The Great American Cookbook by Clementine Paddleford the two terms are confused. She calls this a Fudge Icing but refers to the mixture as a frosting. Oh, and it’s not fudge. It’s Mocha.

What is going on here? In mid-century, Clementine Paddleford toured America, writing for magazines and cataloging the “best” in local recipes. Those recipes were collected into her book How America Eats, which has now been republished as The Great American Cookbook. The book provides “typical but great” recipes region by region, state by state.

It is assuredly American. And it is great. Most importantly, this book captures how Americans cooked over 50 years ago. That was a different America. The terminology was different: hence using “icing” and “frosting” interchangeably. The styles of cooking were different. There is a recipe here for Hungarian Meatballs, something you’d expect to come from Pennsylvania or Ohio. No, it’s from Florida, which had a much smaller population in the 1950’s with a radically different ethnic mix.

There are recipes here with terms you’ve never heard of: Montauk Berry Duff from New York.

Today, the hottest restaurant in New York City is just two block from where I live on Worth Street. The chef is from Portland, Oregon, now listed as one of the food centers of America if not the world. I grew up in Portland. In the 1950’s the hottest restaurant in Portland was Manning’s Cafeteria where you pushed along a tray to get salmon croquettes and meatloaf and blue berry pie. For me, the close connections and yet the enormous increase in culinary complexity, well, it makes me shake my head and smile and the same time.

Ah, if you want to smile, then make this icing. It is an icing, thin and shining, not deep and thick like a frosting. But you won’t care. You can use this icing on cakes, on cookies, or even on your fingertips.

Fudge Icing from Seattle Circa 1960

Sift the confectioners’ sugar and cocoa into a medium bowl. Stir in the butter, then the coffee, followed by the vanilla, mixing well with a wooden spoon after each addition, until the frosting is smooth. Ice the top and sides of your cake with frosting.