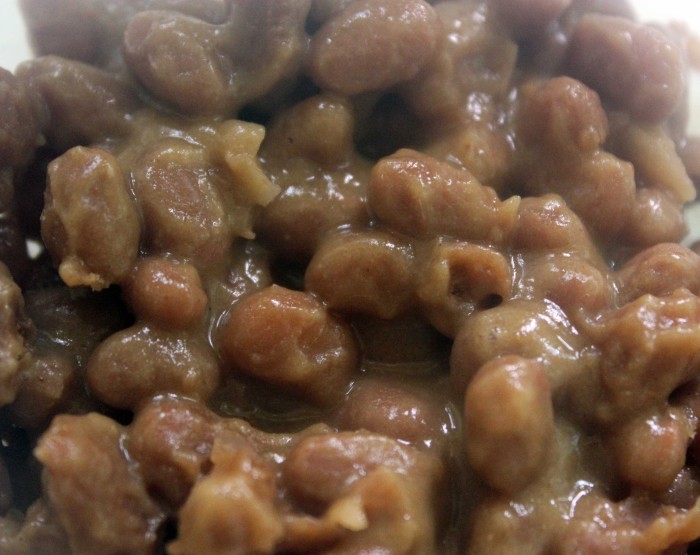 It is almost September and people think fall but it is still summer for three weeks so you need to barbecue like hell. Suzi and I go to barbecue joints all the time, here in NYC and around the country. Most places disappoint us. Oh, they can do meat for sure. But the sides? The side dishes are disgusting. So, we often return for rapture to Virgil’s in NYC in Times Square. Great meat of course. But also side dishes that you think were made in Paris. Well, the Deep South of Paris.

Virgil’s is the landmark barbecue joint in Times Square in New York City. First authentic Southern barbecue in the city. Founded in 1994, the firm has just published its first cookbook. And the first recipe I went to is this one for baked beans. I’ve consumed pork, beef, and chicken at Virgil’s for two decades, but every time I had the beans.

Do you have a dish that you just have to have at some restaurant? A dish that you can nearly almost taste in your mouth right now?

That’s me and Virgils’s beans.

I met Executive Chef and author Neal Corman and asked him about the beans. He said there is a double secret to why they are so exceptionally good. First, they are prepared with a sizable chunk of smoked meat. Second, when they are cooked at Virgil’s they are taken out of the pot, spread out on a sheet and put into their smoker — the same one doing 1000 pounds of meat a day — to just pick up some more smoke overtones for a little while.

The recipe below calls for 6 cups of baked beans. There are two ways to do this. The first is to start with navy beans, soak them overnight, and then cook them next day. The easier way is to use canned baked beans. Yes, canned baked beans. Plain is fine, mesquite or other flavors are your option. Is one path better than another here? With what happens using Virgil’s ingredients and techniques, I don’t think it matters a hill of beans. Using the canned beans is easier for sure and saves time. You cannot be spontaneous if you have to soak overnight.

Depending how you do your beans, what canned beans you use, what barbecue sauce you employ — all those factors will make your beans a tad different from someone else’s. You can be sure, though, that you’ll want to make this dish over and over again, enjoying the differences that arise. It’s heresy, I know, but you can think of each batch of beans as your own private vintage.

The difference here is you get to swallow, not spit.

Combine all the ingredients in a large saucepot. Stir until thoroughly blended.

Bring to a boil, then reduce to a simmer. Simmer for 45 minutes. Serve piping hot.

If you have a smoker working away, do try Virgil’s technique and give the beans a tour of the inside of your smoker for a few minutes.