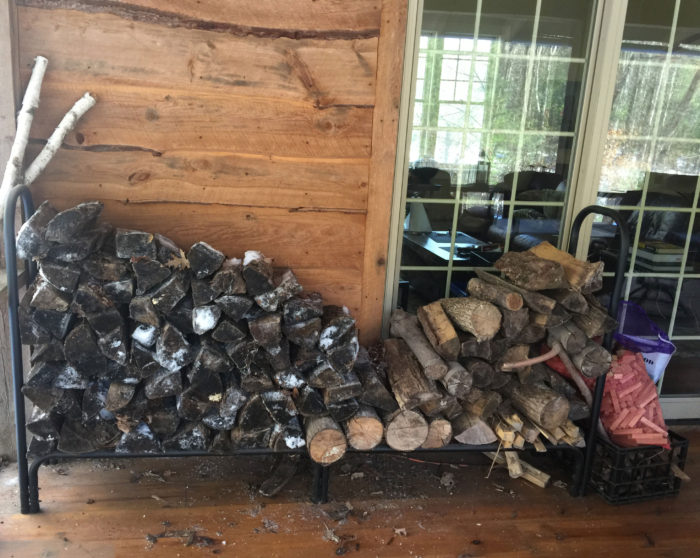 Suzi and I hope you have had a lovely Thanksgiving and we hope the rest of your holiday season is marvelous.

You may have noted that over the past few months the blogging here has been a bit erratic. In July I had a health issue crop up and we’ve been resolving it. One day at a time. The weekdays have been dominated by doctor’s appointments and I’ve had to jam blogging in sideways. I’m fine, progress is being made, and I feel much stronger. I plan on writing more in the weeks to come and giving you the best ideas in recipes and cookbooks.

Because I had to focus on other things, I lost much of the summer and all of the fall. Winter has arrived early, but it has arrived: we have a foot of snow and ice here. Normally in August and September and October, I tend to practical things. Pruning, cleaning up our three acres, dividing up hostas and ferns so next season we have more plants in more places. I could not do those chores this year, but I can in the spring so nothing is lost.

Ah, but in August I normally stack the porch with firewood and I could not. Today on Thanksgiving, I really had, had, to get in some firewood. How was it? A great experience. The temperature was 20 degrees, maybe 10 with the chill factor. Outside, the wind roared through the trees. The firewood stack had tumbled in an earlier storm, then it had snowed, and thawed and refroze. So each piece of wood was frozen to some matching pieces in a jigsaw jumble. I need to shovel off the foot of snow and ice, then use one log to smash the others and free them from the pile. I spent an hour doing four wheelbarrow loads. You can see the wood here on the porch, the dry ones from earlier in the year on the right and the snow-covered newbies on the left. That new wood, cold even with gloves on, will take a while to thaw and begin to dry out.

I never felt better working than today.  The fire was warm and I’m planning the next posts. One day, one log, one blog, at a time.